Angela Hose wanted to be a nurse, that is until a chance meeting in one of her prerequisite classes altered her life’s trajectory. She was falling in love with the ins and outs of Microbiology, but had no idea how to translate her newfound passion into a career. Fate intervened and she sparked up a conversation with two fellow students, who happened to be enrolled in the Medical Technician (MT) and Medical Laboratory Technician (MLT) programs. “After talking to them, I decided this is what I want to do,” she said. “I changed my major that day and never regretted it.”

Angela accepted a lab assistant position at Diagnostic Laboratory Services, Inc. (DLS) in 1998, providing intake support for four years, then moved into the role of MLT in the Microbiology Lab. Fifteen years later in 2017, a job in Workforce Planning sparked her interest and her boss encouraged her to spread her wings where she served as the primary trainer for MLT/MT and Pathology residents during their clinical rotations in Microbiology – a last stop before students seek certification. In 2019, Angela found herself faced with an opportunity to advance her career within the department and accepted the offer for the Supervisor, Training, Development & Outreach role. In this position she leads her team of trainers, as well as, partners with educational intuitions and continuing with outreach efforts in High School Health Pathway Programs to raise awareness about what she calls the “hidden profession” of Medical Technology.

“I get to do what I love alongside some really great people who consistently help each other.”

Over nearly two decades at DLS, Angela has found the company motto of “Great Science, Great People” to be 100% true. “I get to do what I love alongside some really great people who consistently help each other,” said Angela. She’s thankful for the many professional growth opportunities DLS affords, including company-wide clinical conferences, extensive library resources and participation in the Hawai‘i Society for Clinical Laboratory Science Conference.

The breadth of DLS’s extensive lab capabilities and location give Angela and students/residents invaluable experience with specimens coming in from small Pacific islands, allowing them to work with ova and parasites (O&P) and acid-fast bacilli (AFB) like tuberculosis that they may not have seen with clinical rotations elsewhere. She’s also impressed with her company’s tech upgrades, like the MALDI machine (matrix-assisted laser desorption/ionization) that can ID a specimen in minutes, a task that used to take a full day. “I get to play with new toys that make our lives easier, improve patient turnaround times and improve patient care,” said Angela.

Finally, it’s the unique island lifestyle that rounds out the reasons for her loyalty to DLS. “Hawai‘i is perfect because you have the city right there if you need it, but you still have that small town feel.” And although she stumbled upon her career in Medical Technology by accident, Angela can’t imagine it any other way. “I love what I do, and I strongly believe I would have not been as happy as I am now,” she said. “It’s been nearly 20 years and I’m still learning.”

Say "yes" to a thrilling and challenging career path that lets you follow your passion while making an impact in medicine.

Culture of Learning and Innovation Set This MT Up for Success

"I'm proud to call Hawai'i my home and DLS my family." 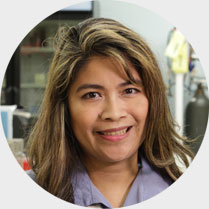 Joyce Iwata knew she wanted a career in medical technology from early on, and sought DLS right out of college. After more than two decades in the field, and a variety of roles within the company, she’s been able to grow her skills and confidence—and master new technologies thanks to DLS’ commitment to innovation. 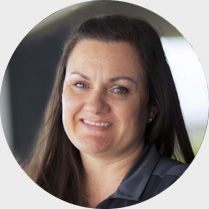 When Angela Hose took a Microbiology class in college, she discovered a deep passion for the science of microorganisms. She had found her calling and set a course for her dream job. Now, 20 years later after serving as a Technical Laboratory Assistant (TLA) and Medical Laboratory Technician (MLT), she's inspiring students as an MLT Trainer, where she enjoys a mentorship role and countless opportunities to grow and learn. 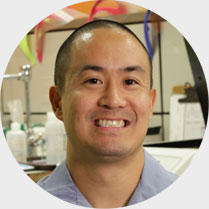 James Magata never thought he would end up in the field of medical technology, but after joining the DLS team, he can’t imagine working anywhere else. Now as a MLT II, he’s enjoying a challenging and rewarding career in a dynamic field that keeps him on his toes. With a network of talented staff to learn from and a management philosophy of constant support, DLS is helping James achieve his professional goals and face each day with a strong sense of purpose. 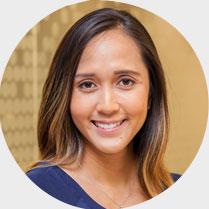 Tori Enomoto took a lab assistant position with DLS right after college, thinking it might be a temporary step. Thanks to her hard work, support from DLS and several windows of opportunity, she was able to parlay her support position into a leadership role as an MT Coordinator for the Microbiology Lab in just a few years. Today, she enjoys an exciting job where she gets to apply critical thinking, work with state-of-the art technology and guide others in expanding their knowledge.

DLS is an EQUAL OPPORTUNITY EMPLOYER. All qualified applicants will receive consideration for employment without regard to race, color, religion, sex, gender identity, sexual orientation, national origin, protected veteran status, disability status, and other protected categories.
Learn more about how EEO is the Law and with the EEO is the Law Poster Supplement.